Skip to content
Stillness is relative.
You achieve stillness when you move at the same speed as the object you wish to have still in your vision.
To attain stillness with life, you have to move at the same speed as life.
This is done by ‘allowing’ all motion to happen.
In totally allowing yourself to be moved, your experience becomes still.
Since everything is moving, there is no absolute still point to observe from.
When you move in total alignment with the movement of god’s will(the will of the WHOLE}, creation appears STILL.

Lets take some general examples to fire up our wonder and imagination. 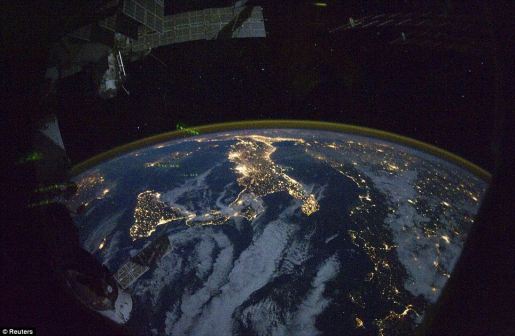 Whereas if you stood still in the sky (i.e. a fixed point in the space, like say you were looking from a non-orbiting fixed space station close to the earth), the earth under you would be whirling at 28km/sec, while the sky contents would remain relatively still.

There are profound implications to the metaphors/analogies presented above.
For instance, say you are perfectly indoctrinated into a religion.
Then that religion would become fixed for you, would appear still and eternal, as eternal truth, while everything else, such as the world, other people, other systems of belief etc. would seem to all revolve/change around this central frame of reference and appear empty.
This is similar to being on Earth (seeing Earth as real/ever-present) and viewing Venus in the sky as a passing possibility that comes up as a bright dot and goes back under the horizon. While the residents in Venus(would see Venus as real/ever-present) would see earth like a dot that moves in a certain way in the sky and vanish.
Each one would see their reality as real/truth/eternal/ever-present, and the other’s reality as a changing/empty arising-passing phenomena.

So if each one sees the changing outer world through the structure of his fixed eyes, then who is seeing the truth?
Again here, truth is relative.

Interestingly all the entities see an INFINITE PICTURE of INFINITE COMPLEXITY.
So there is a sort of fractal/holographic nature to this whole thing.