Skip to content
I’ll go over a list of pleasures.
Sexuality:
Sexuality is a very limited pleasure.
The orgasm is very brief, but the regeneration is much longer in comparison.
If that is the only source of pleasure in life, it is woefully inadequate.

Technology:
Video time, Music time, Internet browsing etc.
All of it has great limits.
For instance: Hearing too much music removes all pleasure and makes you numb to it.

Supplements/Stimulants/Sugar:
Alcohol gives a pleasure for a while, but has a long hangover too.
A recharge period is needed too, to re-experience that pleasure.
Tea/Coffee if taken too often can drain you a lot, make you irritable/antsy.
Supplements also have their limits.
Eating too much sugar brings ‘Insulin Resistance’ and depressive moods.

Talking to People/Relationships:
The pleasure of talking to others has a lot of limits too.
Usually there is a charge between 2 people (assuming they get along), and once that charge is neutralized they must do their own things to allow this charge to regenerate.
The same holds true for romantic relations too depending on the level of ‘potential difference/energetic charge’ that has to be diffused and neutralized from both people.
They may still continue to stay together for other reasons, but the pleasure comes only from the ‘charge’ which is also referred to as ‘chemistry’.

Intellectual pleasures/learning:
Pleasure from learning has a lot of limits too.
And a lot of breaks are needed for assimilation/digestion of what you learnt.

Food:
Pleasure from food has great limits too.
You can only get pleasure when you are hungry.
And once the hunger feeling is neutralized, the pleasure goes with it.
And you can get this pleasure only a few times a day basically.

Experiences/Movies/Novelty/Drugs:
A lot of experience seeking pleasure is about novelty.
So it is all a one shot thing mostly.
Once over, you cannot recapture the magic again.

Fulfilling images/Achievement:
The pleasure may be projected to a certain image/goal.
As you come closer to fulfilling that goal, you get more and more pleasure, until it peaks when you achieve it.
But then it gets empty after that, and the mirage updates its location to something else.
Achievements also hide a sacrifice in them. So they are not the ideal deals too.

Sleep-Wake/Birth-Death
Sleep recharges our pleasure as part of the wake-sleep cycle.
But the waking experience exhausts it, and then we have to go back to sleep for the next recharge.
This could be said about birth-death also.
We get most of our pleasures before the age of 25.
After that things sort of plateau.
We would have to wait to be reborn to experience the joys (and pains too) of childhood/learning/growth/teenage hormones and so on.

There are many more examples,
But it seems like the bottomline is,
The pleasure got from everything is:
# Too limited/short
# Followed by a long rest period for its regeneration.
Because all this pleasure is only a tiny part of the cycles.
None of them can deliver pleasure continuously.
Also it is not even 50-50.
Often the regeneration period is far greater.

This got me thinking about the philosophical aspects of Maya itself.
It is as if Maya is never going to satisfy.
Chasing anything totally, leads to its opposite paradoxically.
Pleasure leads to pain,
Achievement leads to burnout,
Gain leads to loss,
And so on.

All is empty,
All is paradoxical/contradictory.
What looks like pleasure today turns into pain tomorrow.
What was an asset in the past, becomes a liability later.
What was a profound source of meaning today, turns into an empty burden tomorrow.
Even the 120 year life-cycle of Dashas from Vedic Astrology,
Is fractal in nature, and it seems like each next phase contradicts the previous phase in some way.

Reality/Source has its own laws,
And it seems like the only option is to abide in and as them.
The cyclic processes of the body mind and the pleasures they bring look ultimately empty.
It’s like there is nothing in it for me.
Nothing will add anything to me.
Everything gets nulled (Shunya).
There is only the empty divine play appearing.
There is no holy grail, no philosopher’s stone, no ultimate prized thing.
All is nothing, All is the same Maya substance,
The same Maya just transforming itself into all these opposites and cycling between them.
It appears as everything, but is itself no thing.
It is that nothing, that 0, which is the union of all opposites.

This reminds me of the 3 truths in Buddhism:
# Annicha (impermanence)
# Dukkha (suffering)
# Anatma (insubstantiality)
The Dukkha is actually the result of trying to gain self,
In the impermanent and the insubstantial.

There is no real independent essence/substance,
To anything that is appearing/visible/known here.
It is the same Maya substance, but it appears as everything we experience.
It is the great illusion, and we have been bamboozled/tricked into its spell.
But that would be the very purpose of Maya, so it is doing a great job at concealing the actual reality.
Sort of like the game of hide and seek.
The more masculine is attracted to the more feminine.
Because gender identity is as the name suggests identity/identification.
So it the favoring of one pole over the other.
And this makes us seek the other pole in the world.
So like all polarity, the stronger one is to the extreme, they will seek the opposite extreme.
Whereas the balanced folk (very close to equal masculine and feminine) will seek other balanced/hybrid partners.
All polarity is a game of finding the missing piece in the world.
So the souls that choose extreme feminine or masculine identities, are playing a great adventure game.
And the souls that are balanced are playing some other game, where this is not the central focus, a different life stream, a different adventure, a different endeavor. 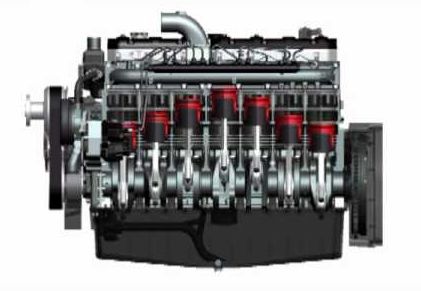 Imagine a 7 cylinder engine (the analogy is not exact but it’s close).
If I want to get the maximum throughput from the engine, all the pistons must move completely through their full range of motion along their columns right?
Similarly, to optimally use cosmic energy, don’t our 7 chakras similarly need to work in their full capacity?
How do we clear/purify all our chakras so that they can work in their full capacity?
So I thought about this, and I felt – Just like we have the lung breath, don’t we also find a similar pattern in our other chakra functions too?
So I created a hypothesis for cleansing all the chakras.

Breath cycles for each “energy type”:

4C = energy of air/interest
Breathe in fully -> Breathe out fully

The art of seduction is to build the potential energy of attraction.
You make the prospect of intimate pleasure as alluring as you can, but you give only enough that it keeps the interest building.
If you give too much the interest goes down.
If you give too little, the interest is lost.
So you keep giving reinforcements just enough to keep the interest.
At the same time, you keep demonstrating your desirability via. status, power, style, domination, worthiness etc.
And then when you finally give it to them, there is a large discharge of potential energy towards you manifesting as them wanting you so bad.
It is physically evident how much the other wants you.
And then you again leave an optimal gap and give cues now and then.
The thing about seduction is that, its all about what’s behind the translucent curtain.
You veil the desired object just enough that your imagination fills up the gap with fascinating allure.
If you reveal too much – the mystery is over, and the literal is there.
If you reveal too little – there is not enough interest to pursue.
Also,if too little is revealed the hope of attainability may be lost and it might be abandoned as involving too much effort.

In seduction, there is a play between:
seducer -> seduced.
The seducer plays the game of touch me/touch me not.
The seduced waits and longs for the seducer to give in and release the withholding.
This seduction applies not only in the sexual area but it could apply to any area where there is a need.
A need for validation, attention, affection, care, nurture, support, entertainment, love, understanding.
So all seduction involves perceiving WHAT THE OTHER NEEDS DEEPLY.
Deeper their need, and greater your ability to meet it fully, greater is the potential ability to play seduction.
Because you essentially have a reward with you – which is I would say similar to 2 drags of high quality coke.
So then using this reward one plays the game of alternating between the poles of withholding and giving.
This can be incredibly addictive to both parties, the seducer who is in power and the seduced who is addicted to this.
Take this too far and make it too unfair and remove all other sources of fulfillment of that need, and we would call it enslavement.
When in balance, it is very interesting, engaging, and addicting.
Any human need can be used for seduction.
And ultimately seduction is used by the seducer for ‘power and control’.
It is a game like any other game (computer game etc.)
Mysterious enough to want to uncover unravel demystify pursue —-AND—–
revealing enough to hold tangible promise and hope —–AND—- attainable enough by clear positive feedback as one progresses towards the goal.
So the majority of seduction is a game of illusions and imagination.
The allure is in the imagination only.
The seducer plays on your own imagination by giving the right cues, reinforcement, and concealment/mystery, using the principle of how any good game is made.